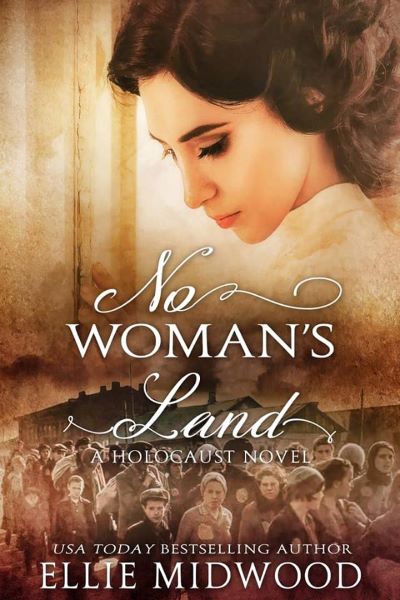 Publisher and Publication Date: Independent. May 15, 2019.
Genre: Historical fiction. World War II. Holocaust.
Pages: 314.
Source: I received a complimentary copy from the author, but was not required to give a positive review.
Audience: Readers of World War II, Holocaust, and historical fiction.
Rating: Excellent.

Amazon
The Kindle Unlimited copy is free for members.

“It was very dangerous for him, and he knew it. But his love for me was stronger than fear.” – Ilse Stein

Summary:
This novel is based on the inspiring and moving love story of Ilse Stein, a German Jew, and Willy Schultz, a Luftwaffe Captain in the Minsk ghetto, who risked his life to save the one he loved the most.
When the last of the Jews’ rights are stripped in 1941, Ilse’s family is deported to a Minsk ghetto. Confined to a Sonderghetto and unable to speak the locals’ language, Ilse struggles to support the surviving members of her family. Befriended by a local underground member Rivka, Ilse partakes in small acts of resistance and sabotage to help her fellow Jews escape to the partisans.
A few months later, after losing almost his entire brigade of workers to one of the bloodiest massacres conducted by the SS, a local administrative officer Willy Schultz summons the survivors to form a new brigade. Ilse’s good looks immediately catch his eye, and he makes her a leader of the new unit and later, an office worker. Soon, an unlikely romance blossoms amid death and gore, moving a Nazi officer to go to great risks to protect not only Ilse but as many others as possible and allowing a Jewish girl to open her heart to the former enemy. Knowing that the ghetto would soon be liquidated, Willy Schultz swears to save Ilse, even if the cost would be his own life.
“We live together, or we die together,” – an ultimate oath of love in the most harrowing setting.
Dark, haunting, but full of hope, No Woman’s Land is a testament to the love that is stronger than fear and death itself.

My Thoughts:
I love this story!

Reasons why I gave No Woman’s Land an excellent review:
•Chapter One begins in 1940. World War II is going on, but for Ilse Stein and her family in Frankfurt they do not see the effects of war. The Stein family has experienced the restrictions of Jews in Germany, but Ilse is still able to work. She is still able to rebel a bit. In the first chapter, I’m given a glimpse at the strong and resilient personality of Ilse. She is a teenage girl, but has the heart of a lion. She is a great character. I see her strengths and also see what is going on around her. I feel an investment in her outcome. She is a character that keeps me reading.
•Descriptions are significant to setting the scene and atmosphere of a story. I felt, Midwood did an excellent job at creating the dark despair of the time period.
•An interesting element is shown in the Jewish Ghetto Ilse is sent to. It is how the Soviet and German Jews view one another. This is not something I’d thought of before and I’m glad Midwood brought this to the story.
•No Woman’s Land is fiction, but the story is based on fact. The main characters and their stories are true. Many of the things about the story is true or based on fact. I wonder why Midwood chose to write a fiction book and not a biography? The story is wonderful, but I feel if it had been all factual information it would also be wonderful. Either way it is an unusual love story in harrowing surroundings.

About the Author:
Ellie Midwood is a best-selling, award-winning historical fiction writer. She’s a health-obsessed yoga enthusiast, a neat freak, an adventurer, Nazi Germany history expert, polyglot, philosopher, a proud Jew and a doggie mama.
Ellie lives in New York with her fiancé and their Chihuahua named Shark Bait.
Readers’ Favorite – winner in the Historical Fiction category (2016) – “The Girl from Berlin: Standartenfuhrer’s Wife”
Readers’ Favorite – winner in the Historical Fiction category (2016) – “The Austrian” (honorable mention)
New Apple – 2016 Award for Excellence in Independent Publishing – “The Austrian” (official selection)
For more information on Ellie and her novels, please visit her website. You can also find her on Facebook, Amazon, and Goodreads. 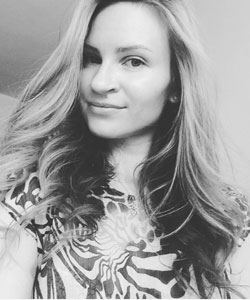 I do not host giveaways. This link will take you to the giveaway link: https://gleam.io/Tiz79/no-womans-land 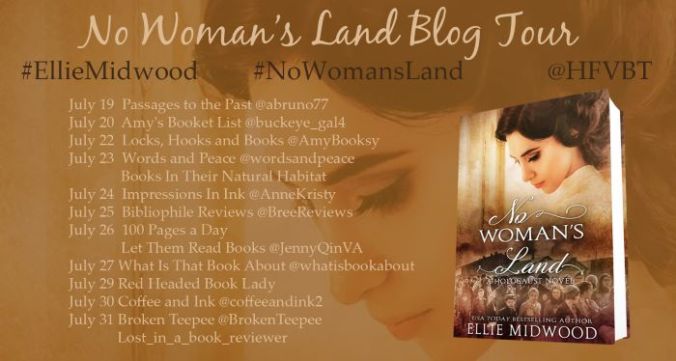